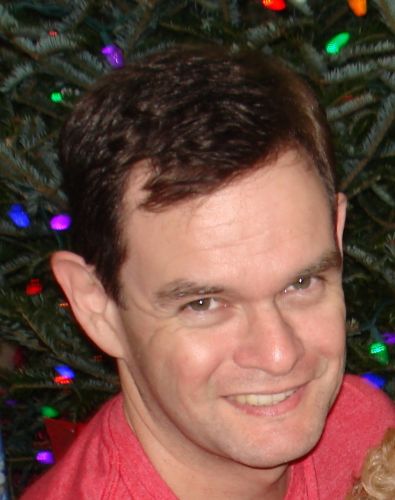 Christopher J. Estrada, age 47, passed away on January 13, 2014. He is survived by his wife Jessica and their sons, Charlie and Rory, and his son, Ryan Sotelo; parents, James and Patricia Estrada; sister, Colleen Estrada; and nephew Bryce Lapham; and his many aunts, uncles, cousins, and friends. Chris was born on September 23, 1966, in Los Angeles, CA, and grew up in Forest Falls, CA. He earned a Bachelor of Science in Aeronautical Science from Embry-Riddle Aeronautical University in Prescott, Arizona with a minor in Aviation Safety and was working towards completing his Master of Aeronautical Science in Space Operations Management. As a child of educators he strongly believed in the importance of education and earned many degrees through various colleges and his years in the U.S. Air Force and Air National Guard Reserves. He earned his private pilot's license while at ERAU and as a certified flight instructor he enjoyed teaching others how to fly single and multi-engine aircraft. Chris spoke several languages including Spanish, German and Russian and greatly enjoyed communicating with others in his travels. While briefly attending the University of California at Riverside in 1992 Chris met Jessica and shortly thereafter transferred to Embry-Riddle in Arizona. They continued their long distance relationship, putting thousands of miles on both their cars, until 1997 when they both moved to Houston. "Finally" (they joked), in 2003 they married. They were a great team who enjoyed music, art, travel, and family and strongly believed that together they could tackle anything. A passion for aviation and all things astronomical provided Chris with a career path that naturally led to his work with NASA contractors in the aerospace industry. None of this surprised even his earliest friends, one of whom recalled an eight-year-old Chris telling her "we would push the boundaries of scientific knowledge, travel to other planets in our solar system and beyond, and change the world." She also noted that she "never doubted Chris for a moment, and was privately relieved when he told her that his intentions were not to be an evil genius, but to improve life and knowledge for all people." This commitment to the importance of using knowledge for the greater good and building bridges between people and cultures underscored the work Chris performed for NASA. In particular, his work with the US and Russian teams gave him great joy and satisfaction. Learning the language and traveling to Russia for NASA also provided Chris with the realization of another life-long dream: traveling the world. Chris served in the U.S. Air Force Reserves and after moving to Houston served with the 147th Fighter Wing of the Air National Guard at Ellington Field. He retired in 2009 as a Tech Sergeant. From an early age, Chris greatly enjoyed hiking, running, and exploring the outdoors. At 15 he hiked for two weeks across the Sierras in California with a family friend. His pack probably weighed more than he did. In his early 20s he set a record running to all nine peaks in the San Bernardino Mountains, including 11,000+ foot Mt. San Gorgonio (the highest peak in So. California) and Mt. San Bernardino, in 9 hours. Many others have attempted to break that record but have not come close. Music was important to Chris throughout his life. Gifted with perfect pitch he discovered early in life that he preferred playing the piano rather than singing in choirs where he had low tolerance for other voices that could not sing on key. He had a beautiful singing voice but refused to sing any time other than once a year when Jessica forced him to sing Happy Birthday to her. He particularly loved classical music and his favorite pieces were those by Stravinsky, Vivaldi, Ravel, Hayden, and Tchaikovsky. One of his favorite memories was of attending a concert at the Hollywood Bowl as a young child where he heard Tchaikovsky's 1812 Overture "with real cannons." Well known to family and friends as a perpetual joker, Chris was a great friend, and always had a smile for everyone. He had a great laugh and it could be heard often. Chris adored his family and was exceptionally proud of being a father of three sons. A Memorial Service for Chris will be held on Saturday, January 18, 2014 at 10:30 am at the Golfcrest Country Club. The family wishes to express their many thanks to the doctors, nurses and staff at MD Anderson and Houston Hospice and all of the family and friends who supported Chris through his illness. Donations may be to the Lustgarten Foundation for their research and efforts to cure pancreatic cancer (http://www.lustgarten.org) or to Houston Hospice (http://www.houstonhospice.org).

The services for Christopher have not yet been added. Please sign up below to be notified when the services are ready.

The attached photos are added to the memorial of Christopher James Estrada to help share their legacy.

Thank you for sharing your memory of Christopher