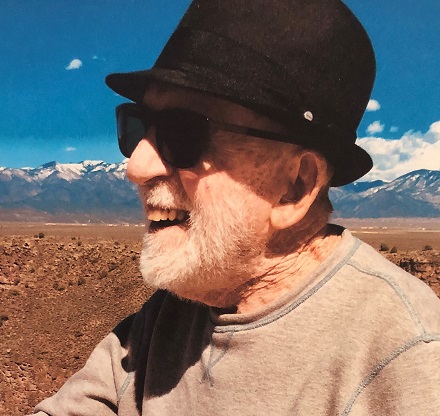 Daniel Weatherbee Fulmer was born November 23, 1932 in New York City. His parents were Robert "Archie" Fulmer, an interior designer, and Mildred Fulmer, an art student at the time of their marriage. He had one older brother, John. Daniel grew up in uptown New York City (in the low 100's, for those who know NYC), and later in Rye, New York.

After college, he moved back to New York City where he married Janet Cegledy, a Hungarian girl from Barnard. Dan then served briefly as a lieutenant in the navy aboard the cruiser USS Galveston. Afterwards, the young couple moved to Cambridge, where Daniel enrolled in Harvard Law School. He hated law school, but he said that it continued to open doors for him his whole life. Daniel and Janet had three children in quick succession: Dana, Tony, and Michael, and moved to Alexandria Virginia shortly after Dana was born.

Daniel had an interesting career in Washington DC: he worked under Sargent Shriver in the first years of the Peace Corps, as well as a brief stint at the D.O.D. under Robert McNamara (he would never say what he did there). He also worked with Ralph Nader at the Insurance Institute of Highway Safety and helped establish the first national safety rules for automobiles. He was active politically, leading local campaign efforts for Shirley Chisolm (the first African American woman elected to Congress), Gene McCarthy, and Walter Mondale.

Daniel was a great lover and supporter of the arts. He loved all art forms, and he loved them passionately: dance, painting, art, music, film and drama. He loved experiencing them, discussing them, arguing about them, sharing them with others. Opera in particular was a great passion of his, often listening to the Saturday morning broadcast from the NY Metropolitan Opera & attended performances throughout the world.

Daniel was also active spiritually. Raised a Catholic, he became a Unitarian in the 1960's and was the President of the Board at the Unitarian Universalist Church of Mount Vernon and taught many classes there on topics from death to dreams to Eastern religions. Daniel was a spiritual seeker, and his spiritual journey was the most important part of his life to him.

After 15 years of marriage, he and Janet amicably divorced and Daniel came out as a gay man. He got a masters degree in counseling. A few years after that, Daniel became sober and joined AA, which was to be a huge spiritual influence in his life.

After retiring from the government while still in his 50's, Daniel undertook a year long hermitage under the spiritual guidance of a Trappist monk in Virginia. This year of spiritual retreat was deeply important to him. Afterwards, he moved to Houston and became the director of an inpatient alcoholic treatment center. He got another masters degree in English as a Second Language education and though he moved many times, he often enrolled in classes at local colleges & universities.

Later, he moved to San Francisco, and then to Santa Cruz, California, where he met the love of his life, his eventual husband Steven Maze. Steve and Daniel had 20 years together, living first in Kuaui, Hawaii and then in Ft. Lauderdale, Florida. They enjoyed traveling and took countless trips together to places from Viet Nam to China to Italy. Steve passed away from cancer in July of 2017.

Daniel moved back to Houston in September of 2017 to be near his family. Daniel was predeceased by his oldest son, Tony. He is survived by his daughter Dana Weatherbee and son Michael Stephen.

The services for Daniel have not yet been added. Please sign up below to be notified when the services are ready.

The attached photos are added to the memorial of Daniel Weatherbee Fulmer to help share their legacy.

Thank you for sharing your memory of Daniel