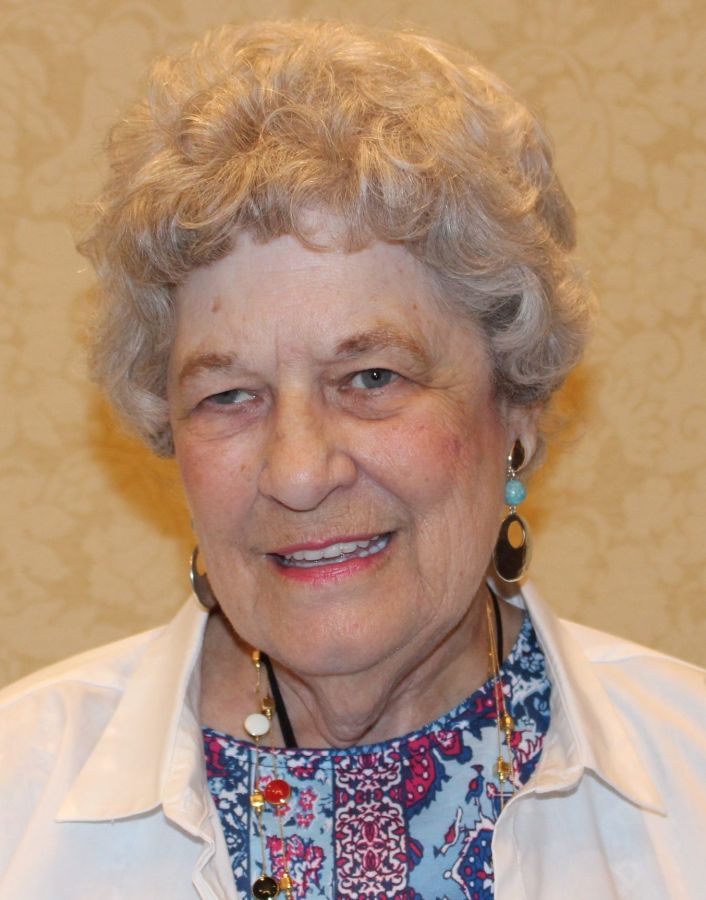 Jean graduated from Ball State University in 1959 with a B.S. in Business Education. There she met her husband, Jerry Hill, and they were married in 1959. The couple recently celebrated their 60th wedding anniversary in 2019. After their marriage she and Jerry started on a lifetime of moves to many cities across the country tracking his career as a meteorologist in the U.S. Air Force and the National Weather Service. Jean and the family arrived in Clear Lake in 1976 when Jerry's work brought him to the Johnson Space Center. Jean worked for the safety contractor at JSC and also worked as a bookkeeper for several firms in Houston. Jean was a loving mother who enjoyed bridge, books, and cooking. She was extremely proud to be a breast cancer survivor.

Jean is survived by her husband, Jerry Hill; son, Jeff Hill and his wife Brandi of Houston, TX; daughter, Jeri Delahanty and her husband Bob of Crofton, MD; former daughter-in-law, Chris Jones of Houston, TX; her siblings, Richard Cline with his wife Kay in Naperville, IL, Rev. Don Cline and his wife Jean of Franklin, IN; five cherished grandchildren, Master Sergeant Jason Mayo (USMC) and his wife Sunee of San Diego, CA., Christopher Mayo and his wife Amy of Columbus, OH., Tim Hill and his wife Hanna of Denver, CO., Captain Jon Hill (USAF) and his wife Kaity of Dayton, OH., Cadence Delahany, a senior at Towson University in Maryland; and four loved great-grandchildren, Leon and Jacoby Mayo of San Diego, CA., and Ella and Aria Mayo of Columbus, OH.

A memorial service to celebrate Jean's life will be conducted at 11:00 AM on Monday March 23, 2020 in the Chapel of Memorial Drive Presbyterian Church, 11612 Memorial Drive Houston, TX 77024. A reception will immediately follow in the parlor. In lieu of usual remembrances, memorial contributions may be made in Jean's name to: The Rose, 12700 N. Featherwood, Suite 260, Houston, TX 77034 or visit https://www.therose.org/

The attached photos are added to the memorial of Jean Hill to help share their legacy.

Please help memorize Jean Hill by recording your attendance below.

Thank you for sharing your memory of Jean