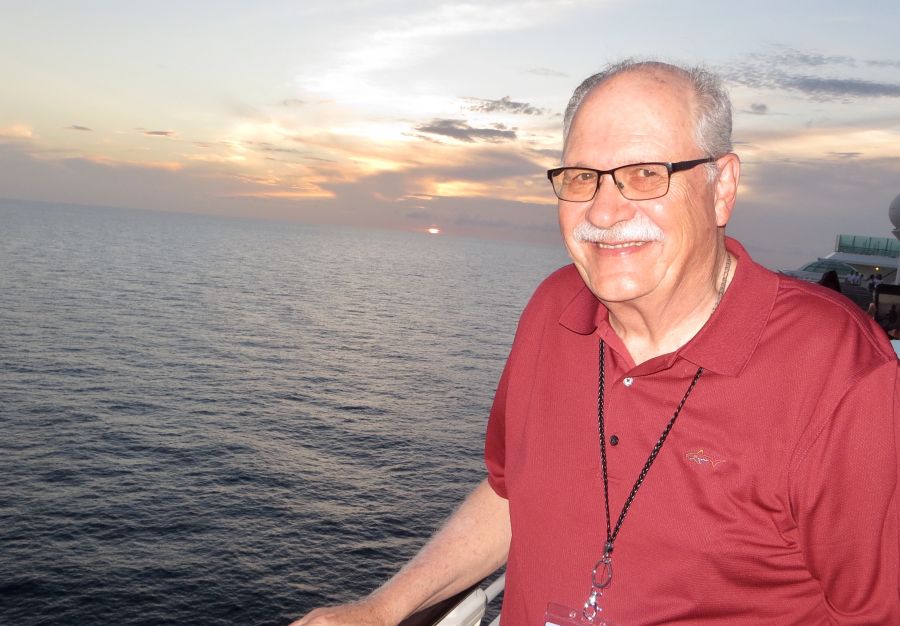 DUE TO CORONA VIRUS RESTRICTIONS, THE FAMILY WILL HAVE A MEMORIAL SERVICE AT A LATER DATE. PLEASE REACH OUT TO THEM BY PHONE OR LEAVE AN ONLINE CONDOLENCE TO SHOW YOUR LOVE AND SUPPORT DURING THIS TIME.
Bruce Monroe Francis of Carrollton, Texas passed away unexpectedly Thursday March 26th at the age of 76. He was born in Amarillo, Texas on September 3, 1943 to Roger and Florence Francis. In middle school and high school, he enjoyed playing basketball, football, baseball, sang in the choir, and performed in several plays and musicals such as Oklahoma and Annie Get Your Gun. He graduated from West Texas State with a Bachelors degree in Sociology. While at school, he worked for Borden's and the Rock Island railroad. He joined the Army National Guard in 1966 where he served for 6 years. He met Eilene Fawver at the Polk Street Methodist church at a young adults class. Then they got married on January 20, 1968 in Floydada. They just recently celebrated their 52th wedding anniversary. He worked at Mason-Hanger, Agricultural Computing Company, and then at BlueCross BlueShield for the last 37 years where he made many lifelong friends.

Bruce loved fishing, golfing, country music and watching westerns and sports. He especially loved attending and cheering on his grandson at all of his events (basketball, baseball, football, track and band). He enjoyed traveling and took many trips and cruises with family and friends. Once he retired, he and Eilene made some wonderful memories gathering with family and friends at their lake house at Cedar Creek Lake. He was also an active member of the Christ United Methodist Church and would occasionally sing in the men's choir.

Bruce was a wonderful and loving husband, father, grandfather, friend and role model. He could always make you feel better with his funny stories and contagious laugh. He was one of a kind and will be greatly missed by all.

A celebration of life ceremony will be scheduled at a future date. In lieu of flowers, please consider a donation to Operation Kindness at 3201 Earhart Drive, Carrollton, TX 75006.

My father was such a wonderful man, husband, father, grandfather, role model, and friend. We were so lucky to have him in our lives and able to make such wonderful memories. I could always call him for advice or just when I needed to talk. He was always at all of his grandsons activities cheering him on. There is now a huge hole in my heart. He will be greatly missed.

Bruce and I spent alot of time together in school. A true friend. I regret to hear if his passing. REST IN PEACE MY FRIEND. RBIN BYRD

The services for Bruce have not yet been added. Please sign up below to be notified when the services are ready.

The attached photos are added to the memorial of Bruce "Bubba 3" Francis to help share their legacy.

Thank you for sharing your memory of Bruce