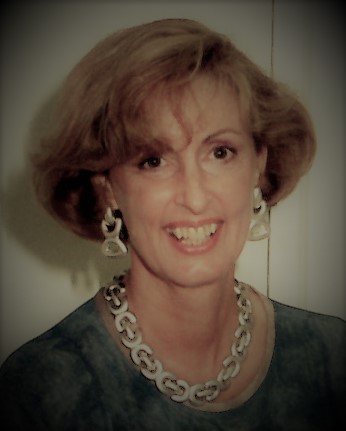 Carolyn Renee Hertenstein (Renee) of Plano, Texas and formerly of McKinney, Texas, died May 25, 2020, in Plano the day before her 78th birthday. Born May 26, 1942, in Mt. Vernon, Illinois, Renee was the second child of William Eddie Coffey and Virginia Lee (Gregory) Coffey.

Renee is fondly remembered as a devoted mother, grandmother, sister and friend who cared passionately about her family. Musically gifted, she started playing piano by ear at age six, within a few days of having had access to the instrument. As a fourth grader Renee met a classmate who remained her best friend for life.

Renee held an Associate Degree in Nursing from Rend Lake College in Ina, Illinois, and served as a dedicated and caring nurse for many years. She remembered having had "difficult" patients assigned to her, her fellow nurses recognizing her aptness in conveying empathy along with excellence in care.

Her children well recognize that it was for love of them and the grandchildren that she exhibited an admirable fight to survive the autoimmune illness and subsequent complications that challenged her for many years. The last few months were particularly difficult, both for her and for her family, because of the isolation that came with COVID-19.

Renee was preceded in death by her oldest son, Patrick Lee Hertenstein, in 2013. She is survived and lovingly remembered by her three remaining children: daughter Kelly Renee Brehm of Fairview; son Timothy Wayne Hertenstein of McKinney; and daughter Lisa Suzanne and her husband Brian Lading of McKinney; her brother Patrick Coffey and wife Wanda Gail of Homestead, Florida; sister Elaine and her husband Gregory Hayden of Dalton, Georgia; seven grandchildren and three great-grandchildren; and seven nephews and nieces. She is also fondly remembered by her BFF since fourth grade, Bonnie Strawder of Altamonte Springs, Florida, as well as many other friends.

Sissy, you are forever in my heart. There are so many beautiful memories, going back to when I was very little, truly your baby sister. Last night I covered myself with the blue quilt you gave Gregory and me for our wedding. I remember bedtime stories snuggled in the bed and holding on to your nightgown as I went to sleep so you wouldn't leave me. There were shopping trips and delicious meals at your house and all the children -- yours and mine -- we treasured together. When you came to the farm for momma and daddy's 50th anniversary, you and our brother and I held each other and danced in circles together at the joy of the three of us being together. The time we went to see our brother together not so many years ago -- a treasured memory.
Until I see you again, you are forever in my heart!
Love,
Elaine

The services for Carolyn have not yet been added. Please sign up below to be notified when the services are ready.

The attached photos are added to the memorial of Carolyn Hertenstein to help share their legacy.

Please help memorize Carolyn Hertenstein by recording your attendance below.

Thank you for sharing your memory of Carolyn