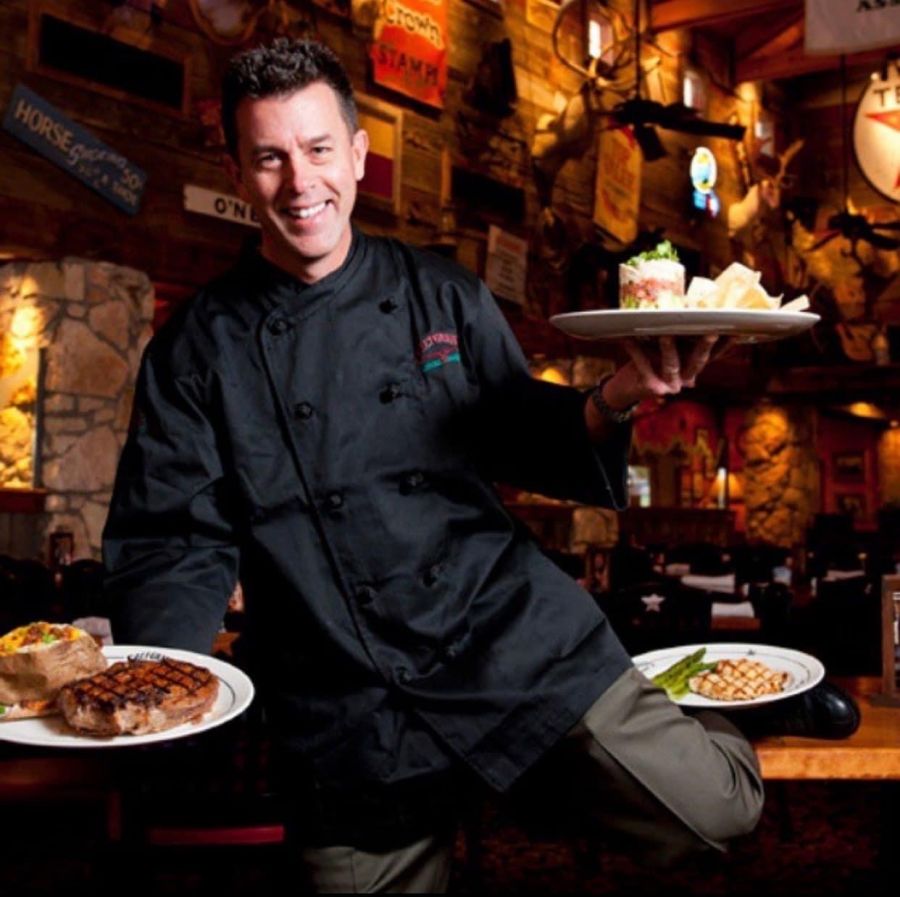 On Saturday, July 11th, 2020, with his wife by his side, God called Brad home to Heaven's eternity. He left this world in the same way that he lived in it; with grace, integrity, and love. In true fashion, he kicked cancer's butt, but only as long as God would allow. It's true what they say, He always takes the best ones first! Our loss, Heaven's gain.

Brad's family is grateful for the generous support of Landry's, Inc. and for the love and support from family and friends throughout his valiant battle.

Brad was a legend in his own right. A talented musician, a true leader in his career, a faithful friend, and a loving husband, father, brother, and son. He was a passionate man in every aspect of his life. Whatever he did, whether it was work related or personal, he gave it his all! He gave others opportunities and experiences that they otherwise couldn't have imagined had they never met him.

Brad gracefully balanced family, work and fun, which wasn't an easy task being in the demanding restaurant business. His wife and three daughters always took precedence above all else. They were his pride and joy and the legacy he leaves with them is one of compassion, strength, courage, and love.

Brad's life was chock-full of friends from every area of his life. These lifetime friendships were very special to him, and in turn his friends knew they were blessed to have such a loyal buddy. The time he spent with friends was enjoyed by fishing, golfing, grilling, and cheering on the Texans and the Astros.

Brad's work ethic was impeccable. He worked his way from being a waiter to a General Manager, he had a restaurant and brewery named after him which he shaped into a successful business, and later committed 20 years of his life to Saltgrass Steak House where his last position was Regional Chef. He was the kind of leader that everyone wanted to work for, always upbeat and encouraging, and known to play the occasional prank! He took on many extra tasks over the years such as leading opening teams for several restaurants, he was the GM for the Boardroom and Banquet room every year at the Houston Livestock Show and Rodeo, he participated and won in a category for Iron Chef within his restaurant group, he appeared on many news shows in various cities during their cooking segments, and even did some commercials.

Even during his battle with cancer, he was one of the few patients who were asked to participate in a study at Methodist Hospital. It was a study being conducted to see if certain things would ease the stress that patients feel while undergoing chemotherapy treatment. At the end of the study, he was interviewed by Houstonia magazine where he was recognized in the article they wrote. Like I said, he was a legend!

When Brad wasn't working, you would likely see him with a guitar in his hand. Music was his happy place and he was a talented self taught guitar player who could carry a tune very well. Six years ago he had the idea to reunite some of his high school friends to form a band they named The Return. They played several gigs including the Everyone is turning 50 party which was Brad's brain child. The camaraderie his bandmates shared was quite special.

Brad will be remembered as a family man who was honorable, caring, fun loving, faithful, funny, cool, intelligent, charismatic, and loved with his whole heart! His spirit lit up a room and burned brighter than most. His goal was to enrich other people's lives and that goal was achieved and surpassed.

Brad will never be alone and neither will we. Although at this time we cannot physically see him, we know he is always near. He will forever be in our hearts and his legacy will live on through his beloved daughters and family members, his many friends, and colleagues. We are all better because we knew him. As his friends like to say, BLB. BE LIKE BRAD!!!

A Service of Thanksgiving for the Resurrection and a Celebration of God's Presence in Brad's life will be held at 2:00 pm on July 28, 2020, at St. Luke's United Methodist Church, 3471 Westheimer Road, Houston 77027. Reverend Linda Christians will officiate. Because of COVID-19 restrictions, physical attendance will be limited to immediate family. The Service will be live streamed at 2:00 pm on July 28 at https://www.stlukesmethodist.org/memorial-livestream/ for family and friends who are unable to attend. A video of photos will follow on the live stream link two minutes after the service ends.

Due to Covid-19 restrictions flowers will not be allowed. Please consider a donation in Brad's memory to Cancer Research Institute at https://fundraise.cancerresearch.org/fundraiser/2818992.

Please stay tuned for information about a celebration of Brad's life, which will be held at a later date when it is safe for all of his friends and family to gather in one place. It will be a celebration to honor him "Brad White style" with great food, friends, and music. Thank you for understanding that due to the impact of Coronavirus, this was something we weren't able to do at this time.

Colossians 3:14- "And above all these put on love, which binds everything together in perfect harmony."

I want to say something, but at this point, I cannot find the words. Brad will be missed very much. My son is blessed to be married to his daughter Aron. I can tell from just not being friends with Brad, but seeing how loving his daughter his, that he was a great dad to Aron, and husband to Patti. His two daughters Abby and Andi are also amazing. Rest in peace Brad, our hearts are with you, and with those who you loved.

Brad always had a smile & had a great zest for life! Always cooking food for everyone! Always kind & helpful! Loved family, friends, music & Texans! We will miss him! Rest In Peace. Love, Doug & Karen Chappell

Brad was my manager when I started at Saltgrass. Once he left the GM position in Kemah, the staff of course missed and talked about him all of the time. Myself and a handful of others were selected to do the Exxon catering event and when we arrived we were so thrilled to see Brad there, as we hadn’t seen him since he left. I took this picture of him that day to post on our Saltgrass page for the rest of the staff to see with the caption “The legend is here!”.
Brad truly was an inspiration to so many, and I love the photo because he was always so effortlessly the coolest guy and this caught off guard photograph shows that!
Sending my condolences & prayers to his beautiful wife & daughters whom he would always talk about and loved so very much ❤️❤️❤️ 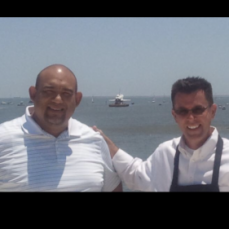 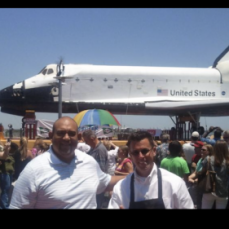 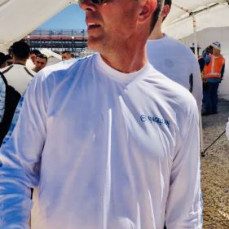 The services for Robert have not yet been added. Please sign up below to be notified when the services are ready.

The attached photos are added to the memorial of Robert Bradley White to help share their legacy.

Thank you for sharing your memory of Robert