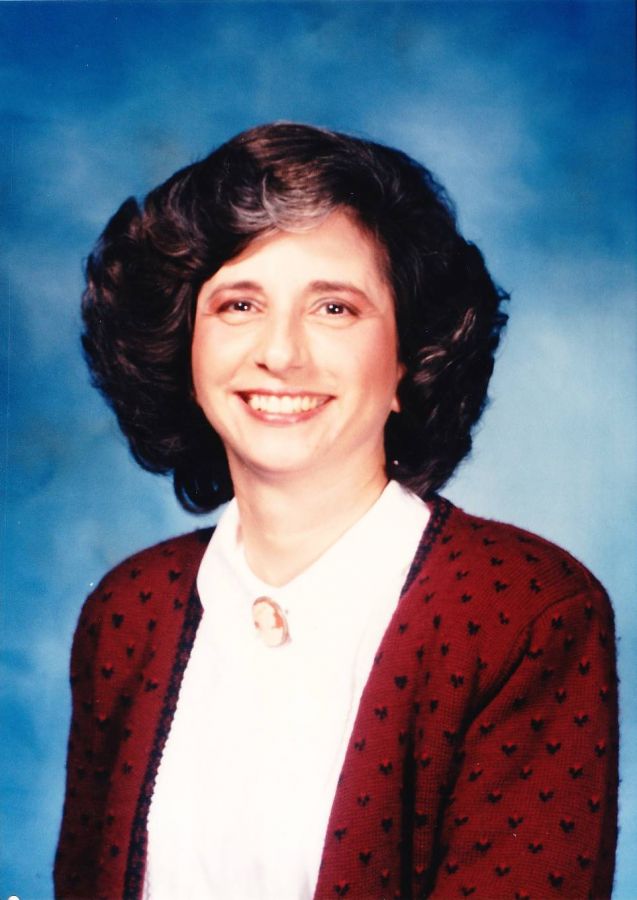 Mary Ann Polhemus, loving wife, mother, Mimi, and educator, passed away peacefully at home on Saturday, August 8, 2020 with her husband John and daughter Sara Jane by her side.
Born on May 3, 1947 in Adrian, MI to Charles Robert Bartholomew and Melva Jane (Drury) Bartholomew, Mary Ann was an only child. She graduated from Broadmoor High School in Baton Rouge, LA in 1965, and went on to graduate with a degree in Education from Louisiana State University in 1969. Geaux Tigers!
Shortly after graduating college, Mary Ann moved to Houston, TX where she began her career as an educator. While working at her first teaching position as a 5th grade teacher, Mary Ann was introduced to John Polhemus on a blind date. They were married two years later on March 25, 1972.
Mary Ann was a lifelong educator, leader, and learner, receiving her Master's Degree in Education from the University of Houston in 1972- Go Coogs! Her career as a teacher, a reading specialist, and ultimately a principal, displayed her love for all aspects of education. Mary Ann served the Ashford Community in west Houston as the principal of Ashford Elementary School for 22 years before retiring in 2012. As principal, Mary Ann became an integral part of the community, even serving as the Grand Marshal of the annual neighborhood Fourth of July parade, and giving her time freely on holidays and weekends to support Boy Scout, Girl Scout, and other civic functions. Her leadership, kindness, and dedication were valued by all, and were true hallmarks of her career and life.
Mary Ann had many interests, including quilting/sewing, shopping and antiquing, having lunch and playing bunko with dear friends, reading books, hosting elegant family dinners, rooting for her favorite baseball and football teams, and attending Broadway and ballet performances. Her greatest and most meaningful pleasure however, was being an ardent cheerleader for her family and friends, and being the best Mimi ever.
Mary Ann is survived by her husband John, daughter Sara Jane Holmes, son-in-law Timothy Holmes Jr, and two perfect granddaughters, Genevieve and Penelope.
In lieu of flowers, donations can be made to the Brookwood Community in Brookshire, TX, a community dear to Mary Ann's heart.
Per Mary Ann's request, a celebration of life will be held at First United Methodist Church in Pearland, TX as soon as we are able to gather safely, without restrictions.

Mary Ann was my very special dear friend. Webster’s dictionary does not have enough words for me to describe how much I miss talking and texting her. Sharing an office with Mary Ann in the 80s was a special time. We did so many wonderful things together and had so much fun. After visiting teachers, we would meet for lunch frequently and slip in some shopping. She helped me get ready for my brother’s wedding, and I gave her baby shower. When we became principals, we stayed in touch, but our lives were very busy. In the past few years, we have texted and talk frequently. Sharing family pictures was so much fun. Our grandchildren are about the same age, so our conversation usually involved them. We texted and talked frequently. I still want to send her messages. Her last words to me were “We had fun.” I encouraged her not to give up, but my last few words to her were “You will be walk-in the streets of gold.” I love staying in touch with her daughter Sara Jane and her husband John.

I met Mary at El Gallo, one of her favorite places to go eat at. She always sat at the same table with a smile for everyone. God gained another beautiful angel. Rest in Paradise
-Veronica Martinez

So very sorry to hear of Mrs Polhemus passing. She was such a very sweet lady., l worked with her at Ashford Elementary for 4 years. My deepest condolences to her family. May she rest in heavenly peace . 🙏🙏

So sorry to hear of Mary Ann’s passing. My condolences to you, her family. Truly a warm, wonderful person. I first met Mary Ann when I taught Title I reading at Booker T. Washington Middle/High School. She was a kind, supportive supervisor to a very wet-behind-the -ears teacher! Years passed, she had her Sara Jane; I had my Sara Rose a few years later. We moved to the Ashford neighborhood around that time. It wasn’t until my Sara started kindergarten that I found that Mary Ann was our principal! Not only did I enjoy volunteering at Ashford, I ended up working part time for the best boss ever. When I returned to teaching in 2000, she was kind enough to recommend me to David Kendler at Paul Revere. I know she touched many lives in her life; just wanted to add my little piece of the picture. Blessings to all.
Deborah Guttilla

So very sad to read of Mary Ann's death. I learned so much from her when I first started teaching, and I'm sure I plagued her with my many foibles. Mary Ann could see the best of any situation and find the most positive aspect of anyone. She will be missed by the many people whose lives she touched.

I'd like to say thank you to Mary Ann's family for putting her obituary in today's newspaper, and thereby giving me a chance to pay tribute to Mary Ann, a lovely, smart, and compassionate person, whose particular act of kindness to me more than 30 years ago I still remember. Please accept my deepest sympathy, and thank you again. Susan McJilton

So sorry to hear of Mary Ann's death. She was a wonderful person to work with. As Election Judge I interacted with her for all elections at Ashford Elementary. Mary Ann was a gracious person. Rest in Peace Mary Ann.
Sandy Steffes

She was a kind and wonderful human being.
...Douglass Hulbert

We have all lost a treasure. So sad to hear of her passing. God Bless you in your time of pain.

Our family is so sorry to hear of her death. She was a lovely lady. All three of our children went to Ashford and we remember her always with a smile and genuinely happy to see the students no matter what was going on.

She was a wonderful person, she always support the idea that family comes before work. She always treat people with respect and always, always care about her employees. I always remember 💜 her.

The services for Mary have not yet been added. Please sign up below to be notified when the services are ready.

The attached photos are added to the memorial of Mary Ann Polhemus to help share their legacy.

Thank you for sharing your memory of Mary