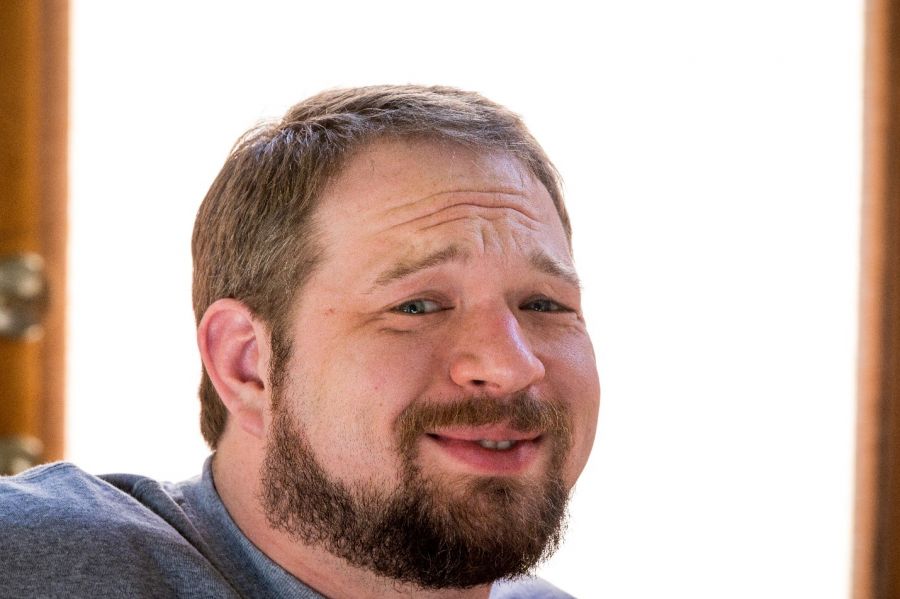 Ian Michael Guillory (1982-2020) departed this earth surrounded by his beloved rescue cats, Potato and Max. He is survived by his wife, Jennifer Guillory, and young daughter, Katheryn Guillory. He is also survived by his sister, Erin Guillory, brother, Ethan Guillory, and parents, Lane and Carol Guillory. Ian is also survived by his in-laws, Holly and Laurence Woolhiser, and brother in-laws, Christopher and Stephen Woolhiser.
Ian was a bright light in a world of darkness. He achieved black belt rank in Taekwondo. He graduated from Louisiana Tech University in 2004 and 2012 where he was an active member of Sigma Pi: Delta Lambda at Louisiana Tech University. He had a long-term career as a federal Medicare auditor, most recently with GuideWell Source. While he always enjoyed hanging out with his friends from high school and his fraternity brothers, he most enjoyed spending time with his family. As a family, we would volunteer at the Dallas Zoo Frog Club and Girl Scouts of Northeast Texas. He also enjoyed just spending time at home with his family, especially building Legos and playing Pokémon with Katheryn, watching Star Wars, family movie night, telling elaborate stories, singing songs from the 80s and various soundtracks, and being able to bounce obscure 80s and 90s references that relate to daily life back and forth with his wife. He was a fiercely loyal friend and devoted family man. Ian Guillory was just an all around good man and will be missed by all.
A memorial service is scheduled for Saturday, December 19, 2020 at 1:00 pm CST via zoom. Zoom link is provided via Jennifer Guillory. Ian was an active parent volunteer in Katheryn's girl scout troop and he loved both cats we foster failed from (ARC) Animal Rescue Crusaders of Texas. In lieu of flowers, Ian would be happy to know that his two favorite organizations were being supported.
1. ARC takes PayPal and Venmo through the email address [email protected]
2. GSNETX: https://www.gsnetx.org/en/Giving.html

The services for Ian have not yet been added. Please sign up below to be notified when the services are ready.

The attached photos are added to the memorial of Ian Michael Guillory to help share their legacy.

Thank you for sharing your memory of Ian