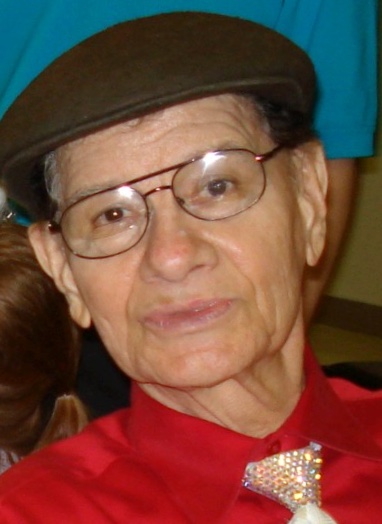 At the age of 17, Johnny decided to serve his country, so he enlisted in the United States Army. He served from October 19, 1953 to September 1, 1955 and then he was trained in the National Guard preparing to go to war. After his service, Johnny ended up in San Diego, California where he began teaching himself how to play the piano and to write his own music. He truly became an extraordinary pianist and wrote many, many beautiful songs. One night, a friend invited him to a party at the Arthur Murray Dance Studio where he watched teachers and students, at all levels, enjoying a great dance event. He was so excited by what he saw that he decided to sign up to be trained as a teacher. He quickly became a very talented teacher winning most of the competitions, beating out all the existing top teachers.

In 1969, Johnny was offered a job in Houston to continue his teaching at Dance City USA. From the start, he had no interest in competing professionally for personal titles, instead, he concentrated on having his students compete and continuously win. Due to his talent and dedication, he was promoted to a dance director, which meant that he would be training and coaching other teachers to win top teacher awards.

Johnny met his wife Elizabeth, in 1974 when he was training her to become his partner. As dancers, they performed in plays, television, hotels, clubs, conventions, and private parties and they were even featured on the front page of Zest magazine in the Houston Chronicle. After he retired from the rigors of daily technical and competitive teaching, they continued to perform at private functions. In 1985, Elizabeth heard that the Jewish Community Center (JCC) was looking for a Ballroom dance instructor and Johnny would be the perfect fit. He taught all types of Ballroom classes for over three decades, using humor and his own easy to understand techniques. His love of dance and commitment to his hundreds and hundreds of students, gave much happiness and many smiles, as he prepared them for social events and he especially loved creating and preparing wedding couples for their special first dances.

In 2001, Johnny began performing with his advanced student partner, Karen Freedman, at parties for the JCC and then continued to do exhibitions for numerous charity events over the years. He received such pleasure performing in front of an audience showing off his students. There is no doubt that Johnny was a great dancer and musician, but his greatest gift was his gift of teaching and he will truly be missed.

Johnny is survived by his wife, Elizabeth Davies Tanon and son, Richard Davies. There will be a private burial at the Houston National Cemetery.

For donations, please go to https://www.gofundme.com/f/remembering-johnny-tanon

The services for Johnny have not yet been added. Please sign up below to be notified when the services are ready.

The attached photos are added to the memorial of Johnny M. Tanon to help share their legacy.

Thank you for sharing your memory of Johnny