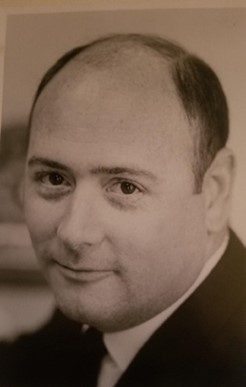 Carl Gebhard Burgen was born August 20, 1935 to parents Jack Gilbert Burgen and Jane Estella Gebhard Burgen. He grew up in Dallas with his older brother Jack, graduating from North Dallas High School in 1952. He was active in many clubs and editor of the school newspaper. Carl attended the University of Texas where he was Managing Editor for the Daily Texan university newspaper, and he was an officer of the national honorary journalism fraternity, Sigma Delta Chi. He graduated from University of Texas in 1956 with a degree in journalism. After college, Carl served in the Army until 1960, spending time overseas in Spain, and served as the Feature Editor of the Taro Leaf, the official publication of the 24th Infantry Division. The Taro Leaf staff wrote a laudatory article about his discharge, describing the young journalist as having great professional talent, creativity, knowledge of his craft, and responsibility, as well as noting his amiable and kind manner and many friends. These characteristics of journalistic excellence and delightful and kind personality would be hallmarks throughout his life.

After his military service, Carl began his career at the Dallas Times Herald. This was followed by 10 years with Business Week magazine, during which time he moved to New York City. In 1979, he became Editor-in-Chief for Venture, a new magazine for entrepreneurs. He then founded the magazine Global Finance in 1987 with Joseph Giarraputo. Carl was Editor-in-Chief until his retirement in 1997 and remains listed today on the magazine's webpage as the Founding Editor. As summarized by Mr. Giarraputo for the 2012 anniversary issue of Global Finance, Carl's defining characteristic was his commitment to journalistic integrity.

Carl enjoyed his life on Manhattan's Upper West Side, spending time walking in Central Park and frequenting museums and cultural events. Carl was a patron of musical performances at Carnegie Hall and Lincoln Center. He enjoyed a variety of beautiful and interesting art. Carl had a network of very good friends, most of whom knew him for many decades. He was devoted to his various cat companions over the years: Xantippi, Packard, Smokey, Smoot, Benchley, Travis, and Maybelline. Carl was an excellent host during visits from his family to the Big Apple, and his "Inflation Parties" before the Macy's Thanksgiving parade were a much-valued invitation by his friends. Carl paired a prodigious intellect, curious mind, and ever kind heart.

Carl had such a gentle wry wit and I loved spending time with him. He was supportive and so generous. I will miss him greatly.

Here’s a link to tribute video Katie Chase made for Uncle Carl.

I am really going to miss our conversations. The past couple of years Carl and I spoke often, updates on Jack and Julia, talking about covid, the weather, the arts, cats, whatever. I was always amazed that conversations that seemed like minutes were usually over an hour. I am truly honored to open our home to Maybelline, and know she will be doted on and well cared for. 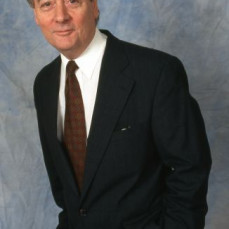 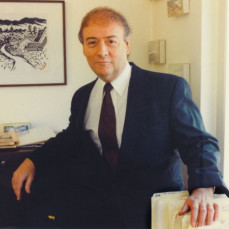 The attached photos are added to the memorial of Carl G. Burgen to help share their legacy.

Thank you for sharing your memory of Carl